That’s why we started Fraser’s Folly Brewing Company. To craft unique, sought-after beers. It’s craft beer for the discerning beer drinker, for those looking to dodge the mainstream maelstrom.  You won’t find us everywhere – on purpose. We choose to work with real beer enthusiasts, those who love craft beer as much as we do.

We hand-select only natural ingredients; goods tested over generations. They’re wholesome and unprocessed, and lay the foundation for quality beer. Then there’s our cool, fresh, natural spring water – the heart of our beer.

And finally, our craft beers are blended with imagination, craftmanship and originality. Sure, we love brewing the easy-drinking ales. But we have just as much fun getting spunky, innovative and inspired in the brewery. It’s big personality – in every small batch.

You won't find Fraser's Folly beer in every outlet

Look at what we're about to crack open. Typically

All you need to create a Fraser's Folly Moer Koffi

Reposted from @drinks_with_brina - What #saturday

So just what does “hopped in a modern way” mea

Our Moer Koffie Stout was conceived early one morn

What's the dry hopping deal? Well, we add hops to

Reposted from @folkandgoodebeer It's here! #sanbe

Coming up on Saturday, 5 February? #SANBeerDay! A

BIG PERSONALITY IN OUR BEER

Since 2010, we’ve been developing – and perfecting – our recipes. But these aren’t your mainstream brews. It’s about using our imagination and craftmanship. And combining old-style brewing, with state-of-the-art equipment. The result? Personality you’ll taste. Yip, it’s that unique, while still being easy to drink.

This beer didn’t come easy. It took us months to find the right coffee. 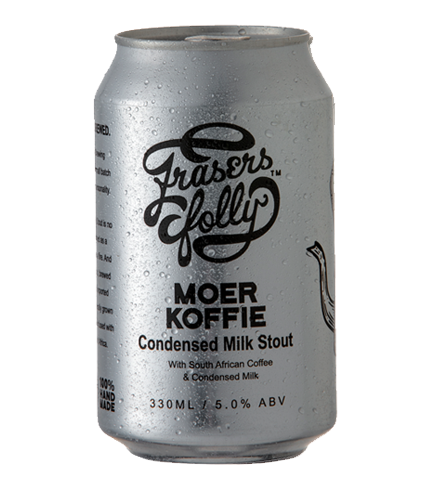 This beer deserves to be tasted with rich food. So try it either with a really rich beef stew or beef ribs. It’s also a perfect combination with a full English breakfast or oysters. Or drink it as a dessert beer.

THE HOPPY LAGER IS BREWED TO EMBODY FRESH AND JUICY MODERN HOP VARIETIES, LAYERED ON TOP OF A CRISP AND REFRESHING LAGER BEER.

This Hoppy Lager has generous lemon, lime and grapefruit aromas. And our local star, South African-grown Southern Passion hops, comes to the party with passion fruit and tropical fruit flavours. 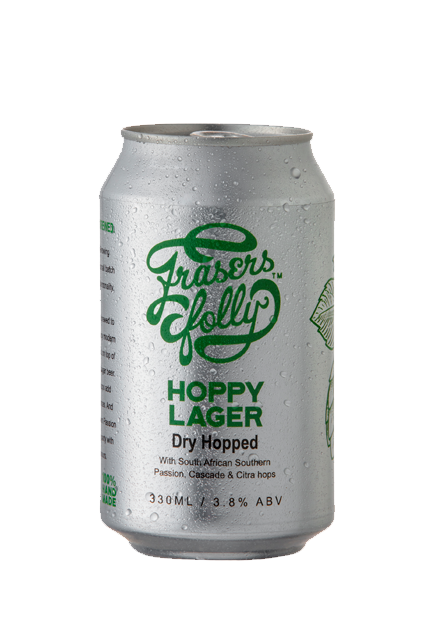 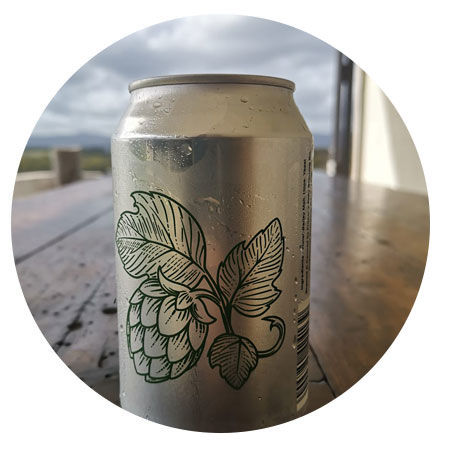 Tropical fruit jumps out of the can. This beer was highly hopped in a modern way to reduce bitterness and push the envelope with big aroma. Typically hazy and with a fluffy body. 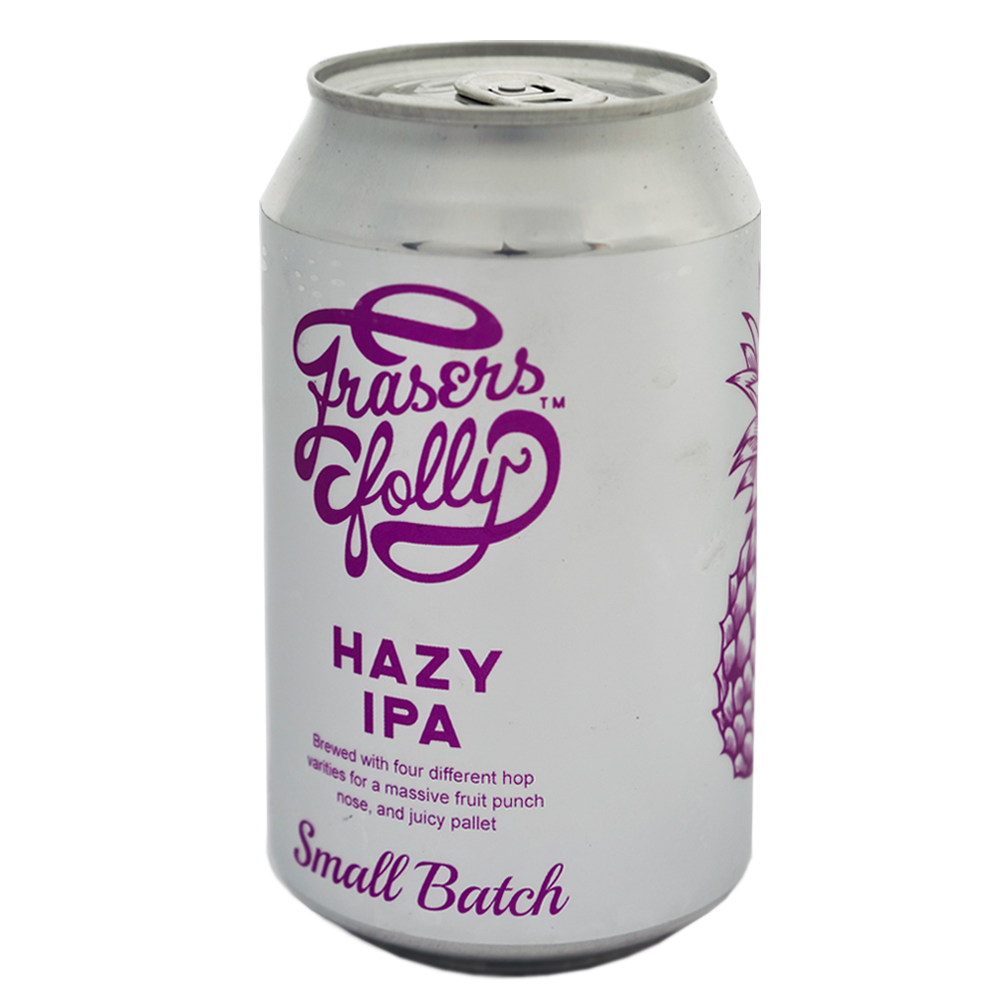 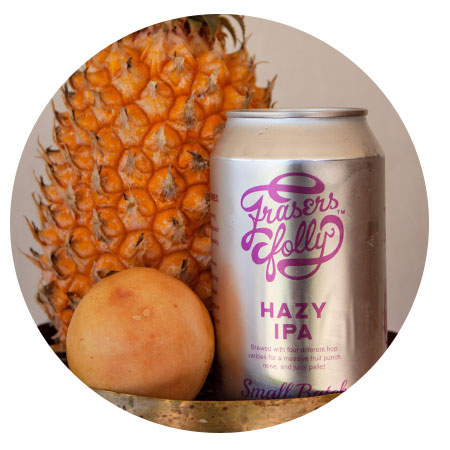 DELIVERY to your door

Order your Fraser’s Folly craft beer online – and we’ll deliver to your door. Available for delivery in South Africa only.

Here in South Africa, I think the word is ‘gatvol’. I’m told it means ‘fed up’. That’s how I felt when I first started looking for quality craft beer here. There simply wasn’t that much to choose from. So I started making my own in 2010 – in the seaside town of Struisbaai, right at the most southerly tip of Africa.

What I had at the time was a winemaking degree from Plumpton College in the UK. Years of fun practicing with my home brewing kit there. And even more years of tasting fantastic craft beer from around the world.

That’s how Fraser’s Folly Brewing Company was born, with me, Fraser Crighton, as the brewmaster.

So how did a Soutie end up in the Overberg area in SA? Well, of course it involves a woman, one I followed to Struisbaai. Seems to have been a good choice.

Six years later, my journey here took a new twist. Fraser’s Folly beer had been sold throughout the Overberg, including the Black Oystercatcher Wine Farm (not too far down the road from Struisbaai). Founder Dirk Human and I started chatting. He had always loved Fraser’s Folly craft beer. And he had big plans for the wine farm as a destination.

And so in 2016, he bought the Fraser’s Folly Brewing Company. I stayed on as the brewmaster and the face of the beer. In turn, I got a brand new Brewhouse, with awesome new equipment, now based at the Black Oystercatcher Wine Farm. And the chance to make even more great quality small batch beer for the discerning beer drinker.

GIVE US A SHOUT